Six Reasons Why “Russian Doll” is So Perfect (Warning: Spoilers)

If you haven’t binged Netflix’s Russian Doll yet, you should. The show is perfect. Pretty bold to say, I know, but in the world of prestige media, I challenge you to find something better.

Much has been made of Russian Doll’s use of all woman writers and directors and I, of course, love seeing women’s perspectives on screen. And what this woman-led creative team delivers is truly amazing. Here’s why the show is so perfect (spoilers ahead): 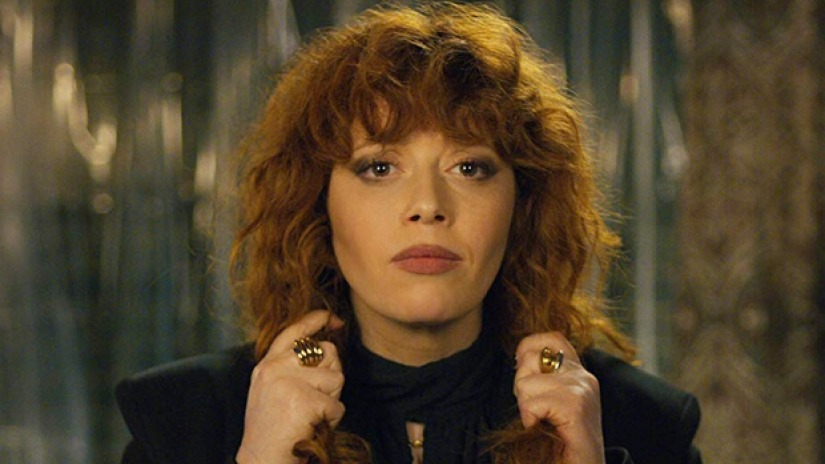 1. Natasha Lyonne is a National Treasure

Whether you’ve been watching her since she was in American Pie or just noticed her in Orange is the New Black, you know Lyonne’s raspy voice and wry sensibility manages to steal every scene she’s in. Seeing more of her is always a pleasure, but Russian Doll takes it to the next level by building the show’s entire universe around Lyonne’s unique presence. And I wouldn’t have it any other way.

Lyonne’s Nadia is the ultimate cool girl with great clothes, artsy friends, creative job, big heart, sarcastic personality, and troubled love life that you’ve always wanted to see on screen. She’s aspirational while also being deeply troubled and deeply troubled without ever being pitiable. While I’m not sure if the show’s title refers to Nadia herself or the cascading structure of the experience she’s in, I do know that as I spent more time in her world, I never lost this strong sense of who Nadia is. There is no secret side to Nadia, no hidden truth that changes everything. Instead, the show reveals the tender inside of a tough woman we instinctively root for, showing the complicated nature of her existence. And it’s beautiful. 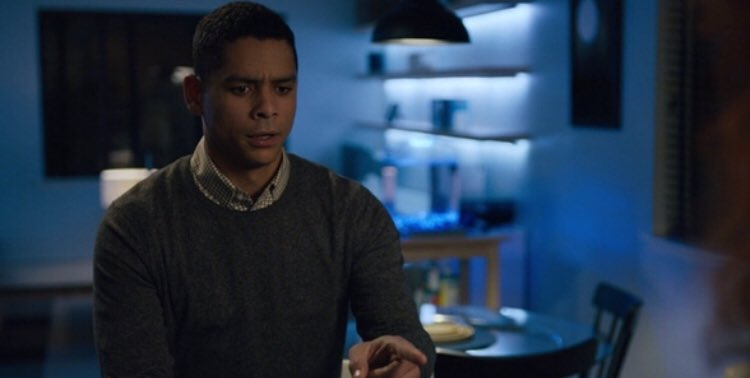 Russian Doll is undeniably a vehicle for Natasha Lyonne, a white lady. And for the first three episodes, you can be excused for thinking it’s just an edgy mash up of Sex and the City and Groundhog’s Day. After all, we spend those first few episodes following Lyonne’s Nadia as she repeatedly celebrates (and dies on) her 36th birthday with her fabulous and fashionable friends, goes to her video-game design job, and contemplates all her past drug use. This is a rich and rarified New York with pretty, thin, 30-something women run amok.

Then the show pivots, spending its fourth episode entirely with Charlie Barnett’s Alan. Alan is the opposite of Nadia in so many ways – he’s uptight and fearful while she’s reckless and free. He’s isolated and struggling while she’s a badass with more friends than she knows what to do with. He’s also a tall, broad-shouldered black men while she’s a small, white, woman. They are different. But their differences do not privilege one over the other.

You see, Nadia and Alan are linked and equal in the show: They’re both stuck on the same death loop, reliving the same day and dying at the same time. And Alan’s been there the whole time, we, the audience, just haven’t been paying attention to him. It turns out Alan and Nadia need each other to face their past traumas, deal with the ongoing symptoms of those wounds, and get out of their Groundhog’s Day dilemma. They are different yes, but one is not more interesting, more human, or more pivotal than the other. Nadia’s white experience isn’t the only thing that matters here, it’s just one of multiple stories worth telling. 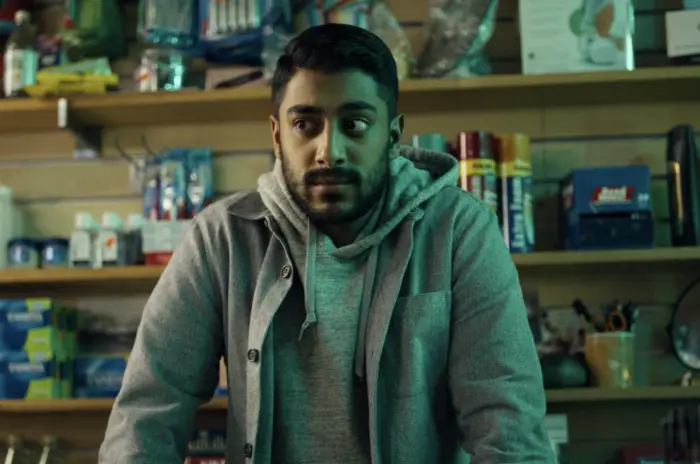 3. No One is a Stereotype

Too many shows use shortcuts for their characters: the emotional woman, the angry black man, the righteous white guy. Not Russian Doll. Here we see a diverse and vibrant New York populated by people whose personalities are not determined by stereotypes. Nadia’s East Village has rich and poor, young and old, black, white and brown people all living on the same block and interacting as fellow humans. Whether it’s the homeless Horse, the quirky Maxinne, or the wise Ruth, the show gives each of these characters dignity and humor, shattering the homogenous portrayals of the city so common in shows with white leads like Girls and Sex and the City.

Certainly Nadia and Alan defy expectations with Nadia avoiding the woman’s domains of emotional entanglements and motherhood while Alan demonstrates an obsessive need for tidiness and order that is almost never associated in TV’s limiting portrayal of blackness. But it’s not just the leads.

Nearly every character on Russian Doll defies stereotypes. Take for example Ritesh Rajan’s Farran. He’s Alan’s best friend who Nadia knows because he works the late-night shift at her local bodega. I know what you’re thinking a South Asian character as a store clerk? This is just another Apu. But no, Farran and Alan didn’t meet doing manual labor (as he fools Nadia and the audience into thinking for a second), but rather pledged the same fraternity in college. Farran’s writing a novel and has more emotional intelligence than either of our two leads. He’s not a faceless brown guy waiting to serve richer, more complex white people but rather an interesting human with his own set of challenges, goals, and aspirations.

Likewise, you could read Rebecca Henderson’s Lizzie as a stereotypical lesbian in overalls but you’d miss the importance of her character in the final episode and all the nuance and humor along the way. Or you could decide Dascha Polanco’s Beatrice is just the cruel, cheating woman there to inflict pain on the innocent, worthy man but you’d be falling into the same trap that leads Alan to commit suicide in the first place – seeing his love as an object to be possessed rather than a partner to learn and grow with. 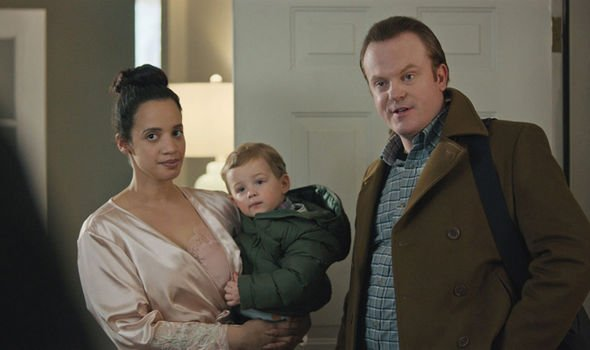 In fact, the only character who consistently conforms to type is Jeremy Bobb’s predatory professor Mike Kershaw. And I’m ok with that. Not just because in the #MeToo era, it’s necessary that we show these men for the villains they are. Or because he recognizes that he’s “the hole where the choice should be.” Or because there’s no chance white guys as a group will be stereotyped as a result of this single role.

I’m ok with Mike being a stereotype because he’s also a direct foil for Cuban American actor Yul Vazquez’s John. Both are men of a certain age who sleep with Nadia on different loops and as such present a clear contrast. Sleeping with lecherous, unethical Mike is clearly a mistake, whether it’s Nadia or one of the many women at her birthday party. He is rude and manipulative throughout the series, saying whatever he can to get whatever woman is in front of him into bed. He is a hole women fall into.

Meanwhile, John is a viable choice who Nadia dumps when the emotional commitment becomes too big for her. Throughout the series, John is kind and honorable, helping Nadia on her spiritual quest and demanding that she show up for him emotionally. Indeed, it is his insistence that she meet his daughter that gets Nadia to finally confront the trauma she experienced as a girl of John’s daughter’s age.

Comparing John and Mike reveals a choice for men how men who have achieved positions of status should act and how we should interact with them. It’s a clear choice but one that bears repeating. 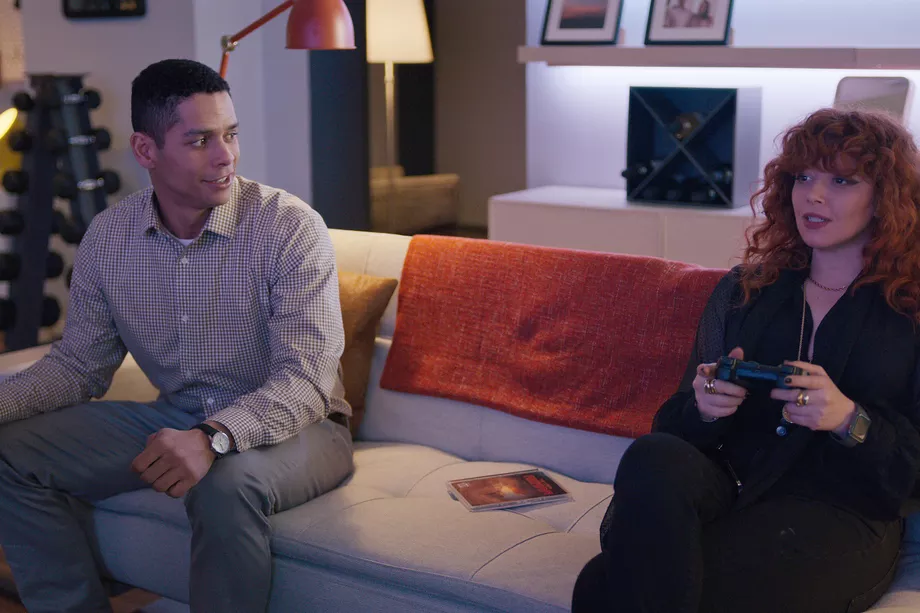 There are a lot of ideas on Russian Doll, a lot of themes savvy viewers can delve into. Are you a gaming nut? You can see the whole series as treatise on gaming. There’s Nadia’s job as a game creator and expertise in code. There’s Alan’s take on crowning achievement – “You created an impossible game with a single character who has to solve everything entirely on her own” – as a metaphor for her entire predicament. There’s how the characters die and the timeline resets, effectively mirroring how so many video games work. And there’s Nadia understanding of what’s happening to them as a bug in the universe’s code.

But it’s not just video games. It’s , trauma, religion – big stuff. You can see questions of life, love, and struggle explored explicitly and implicitly in the show whether it’s the song in the background, Alan looking to Catholicism to develop a theory of what’s happening (and Nadia going visiting a Rabbi to explore one of hers), or psychoanalytic theories of trauma underpinning the show’s repetitive structure. Interior design enthusiasts will even be satisfied with Nadia and Alan’s apartments both reflecting their interior states and turmoil. It’s really got something for everyone.

6. There’s A Moral to the Story

In the end, though, like all great stories, Russian Doll is more than the sum of its parts. All the richness in theme and theory doesn’t distract from the show’s central focus, the quest of Nadia and Alan to save themselves. Yes, of course they need to get out of their loops and stop dying. As the show goes on, the stakes rise – their worlds shrink and the whole universe is in jeopardy.

How do they do it? How do they break the cycle and bring back the world as we know it? They find salvation in helping each other. In recognizing their pain is keeping them from life’s most important calling: being of service to each other. Isn’t that beautiful idea? One might even call it perfect.

Hulu’s ‘Fresh’ Is Made of Women’s Nightmares