SOOOOOO it turns out that media criticism is just as f’ed up as Hollywood itself. You see, most film critics are male and pale and this has major effects on which films get to market. But, as you know, white dudes aren’t the only media nerds these days and they certainly don’t speak for all of us. To help you find people’s opinions you might actually relate to, we found 18 amazing mujeres writing on media that you should follow. Like literally, we made a twitter list for you. FOLLOW THEM. 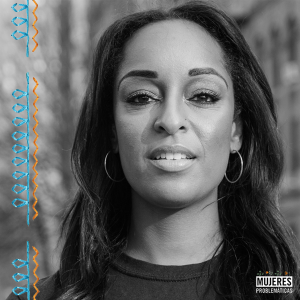 Natasha S. Alford is an award-winning journalist, taking home trophies from the likes of Harvard, CBS, and GirlBoss. As Deputy Editor of The Grio, she unflinchingly investigates what’s going on in our culture from gun violence to Queen Sugar to electoral politics. 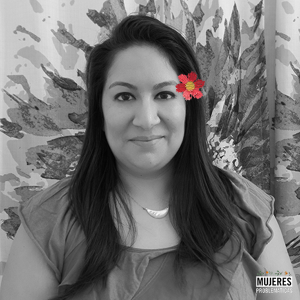 Vanessa Erazo is KILLING IT at our very own Remezcla, as the “head Cinenerd aka Film Editor.” She does cool shit like getting paid to go to the Tribeca Film Festival, fangirl over Oscar Isaac, and uplift Latino films. Basically, we want to be her when we grow up. 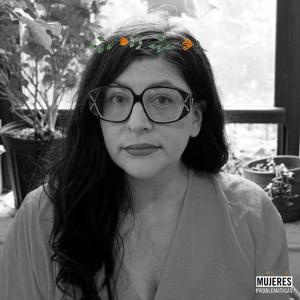 The biggest badies in media are called “Editor in Chief” and that’s exactly what Julianne Escobedo Shepard is. Of Jezebel. It’s a little blog. You may have heard of it. Over there, she gets to write and ASSIGN stories on everything from the movies to politics to fashion. Be swoon our beating hearts! 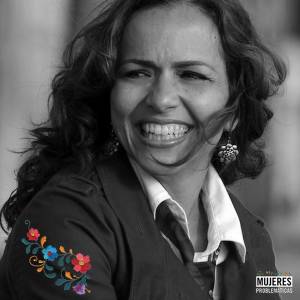 Maria Elena Fernandez is the type of Cubana who always gets a “senior” added after her name. These days, she writes for New York Magazine and Vulture and has contributed to the LA Times, Daily Beast, NBC News, etc. Follow her for the Latina perspective on everything from natural disasters to the Oscars. 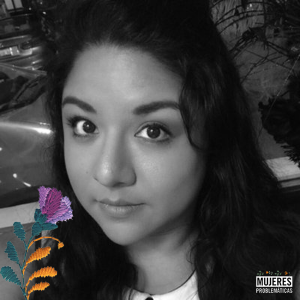 Writer/director for Grinning Graves studio, Sabina Graves also reps for Latina nerds everywhere at Super Hero News. She hosts a podcast over there covering all thing men-in-tights. She’s not limited to comic books though, she’s also got a taste for the dark side, dabbling in horror. 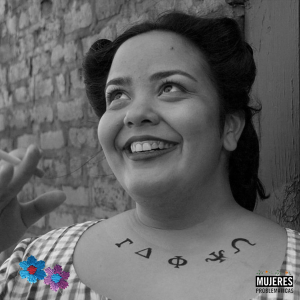 You may know Boricua Teresa Jusino from when she was Assistant Editor at The Mary Sue or as That Girl Who Did the Doctor Who Reviews on Tor.com. Now, she’s creating her own stories with the Pomonok Entertainment. Their motto? “Where nuanced female characters come standard.” 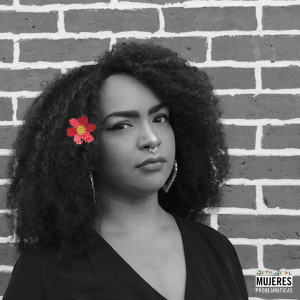 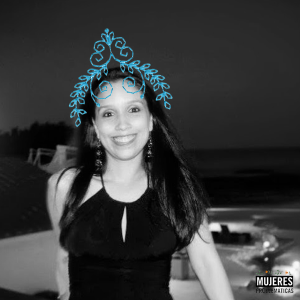 We’ll admit it. We’re fangirls. And that’s why we’re so into Lissete Lanuza Saenz, Co-Executive Editor at Fangirlish.com. There, she keeps us up to date on TV and movies as varied as Sunday night football, the Good Place, and Outlander. Tune in with us. 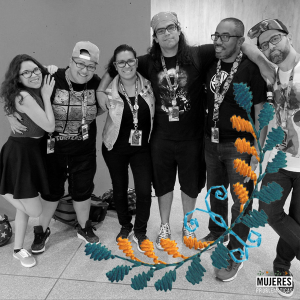 We’re pretty into Alexis Sanchez and Reign at Latinx Geeks. Follow these mujeres on Twitter to stay up to date on all things sci-fi, comic book, and fantasy. They’re making waves hosting panels at Comic Con NY, standing up for survivors of abuse, and generally showing that Latinas belong everywhere. 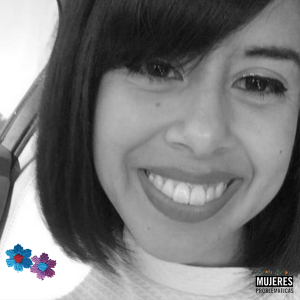 Melissa Leon is the Entertainment Editor for The Daily Beast, meaning she gets to do cool stuff like interview Oscar Isaac. Also, influence a million readers a day with her reviews, reporting, and intersectional hot takes. 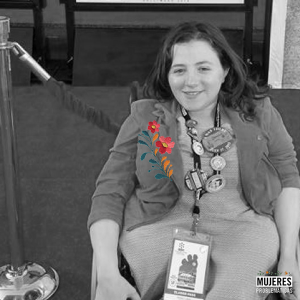 Women of color are only 4.1% film critics and you KNOW only a tiny percent of that number is la raza. That’s why it’s so important that Kristen Lopez is writing for Rotten Tomatoes (not to mention The Hollywood Reporter, The Daily Beast, Remezcla). Movie buffs take note. 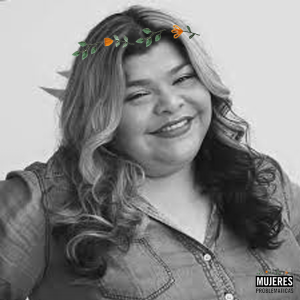 The founder of Sassy Mama in LA, Yolanda Machado has been keeping it real since way back in 2010. Her media presence now also includes being one of the FEW women of color critics on Rotten Tomatoes, bylines at Harper’s Bazaar, Marie Claire, and Remezcla. 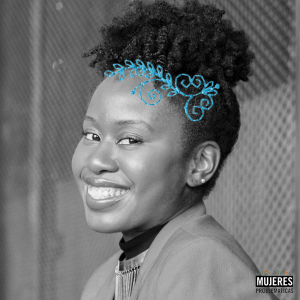 Janel Martinez founded Ain’t I Latina?, an online destination by Afro-Latina for Afro-Latinas that’s part activism, part cultural criticism, and all hella interesting. It’s exactly the type of thing that inspired us! 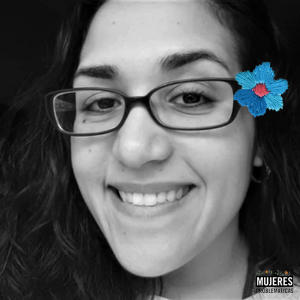 Currently at Elite Daily, Tara Martinez is one of those Latinas who’s made a career out of watching TV, writing down her thoughts, and making us all listen. She’s a journalist and a critic, helping us parse the latest celebrity gossip in addition to walking us through Black Mirror. 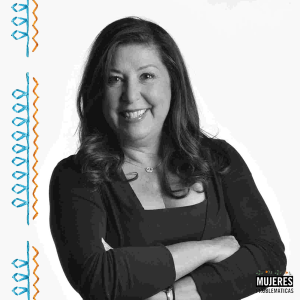 Claudia Puig is the OG of Latina film critics. She’s the PRESIDENT of the LA Film Critics’ Association, was lead film critic at USA Today for 15 years, and has been dishing up expert analysis for NPR since 2005. 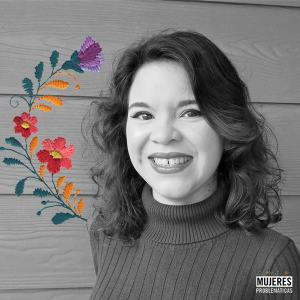 A creative, critic, and organizer, Desiree Rodriguez works in the comic book industry, created #BeingLatinxInComics, and publishes regularly on the intersection of gender and race in the DC and Marvel universes. Basically, if you’re into comics, you should know her. 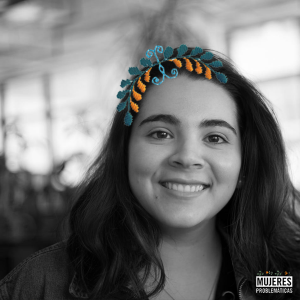 Proud Tejana Alejandra Salazar is living your best life. She went to Stanford. She’s currently in NYC, working for WNYC’s Morning Edition. She writes about our Latinx community, politics, gender, and culture for folks like Refinery29 and NPR. Work it lady! 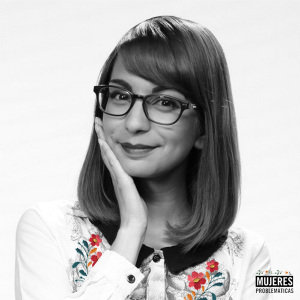 Miranda Sanchez is in front of the camera and behind the console, reviewing video games for IGN. We see her week in, week out as the only woman and person of color up there and she more than holds her own.

It’s tough out here for a bruja. Everyday, we see amazing Latinas who are killing it at work, at home, at school, and in our communities, but that’s where it stops. We KNOW them, but we don’t SEE them. In politics, in the news, in films, and in books, our stories rarely get told and when they do, they often rely on played out stereotypes. It’s time we see ourselves as we want and deserve to be seen.